Recently I developed a project to develop and virtual game interface for the national Day Party! Great way to spend the national day without having the chance to meet up in person.

National Day Party 2020 site
The event itself was a grassroots, ground-up one with individuals in the various educational, art and social spaces coming together to organize and educate. I've been working with the main organizer for a while and I took the chance to jump aboard the project.

I'm currently out of the Game industry and Working in Tech! Connect with me at Linkedin
My Game Jam Days: Ludumdare
Behind the scenes: Failed Prototypes

Not too long ago, I released a passion project of mine.

Its a passion project of mine that started off about a year ago. The idea was fun but unpolished. After some time, life came into the picture and I had to shelve the idea.

Fast forward a year, I had some time between jobs. Roping in an old colleague to help with art, I put in close to 2 months of work to launch Dodge Smasher!(Formerly known as Impulse).

Dodge Smasher is a Minimalist Action game played with one button, where you control an orb to hit enemies and dodge their attacks at the same time. Time slows when the player does so, giving her time to plan.

I derived inspiration from many sources while making this game, most notably Fowlst. My years of playing other rogue-likes and action games too went into this. Give it a try if you have an Android Device!

As taken from the store description-
"Ascend in this One-button, Intense Action game built for mobile! Skill-based Roguelike Action like you've never seen!

Time slows as you Bounce, Dodge and Smash your way through Unique Enemies!" 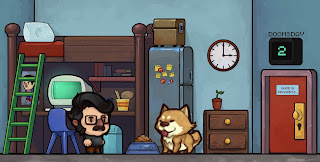 Play as an Indie game Developer trying to manage hunger and mood to ship a game in the few days you have. 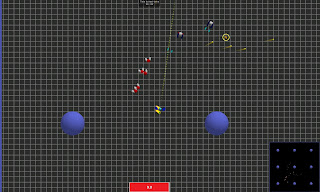 Assemble a ship out of components and blast your way through waves of varied foes.

Solo Project, further exploration of the original built for Ludumdare 26. 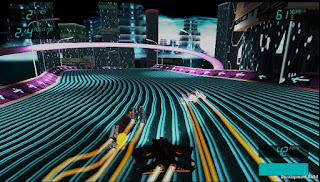 A tribute to Wipeout 2047 and rogue-likes, the race track is never the same twice with adaptive difficulty. 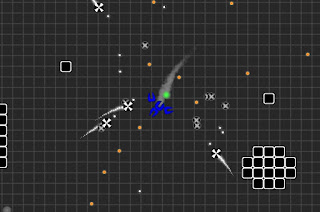 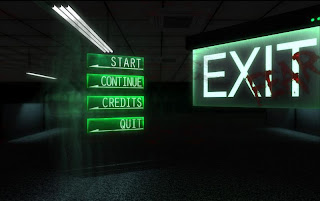 Sneak around a run-down office and reach the exit before the horrors catch you. 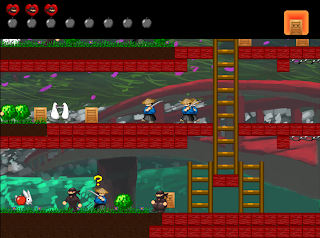 Sneak your way past guards with a variety of disguises and mimicry. 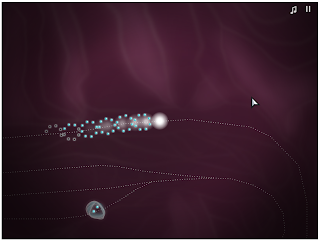 Guide the entity in a mouse-driven abstract puzzle game with soothing visuals and soundtrack. 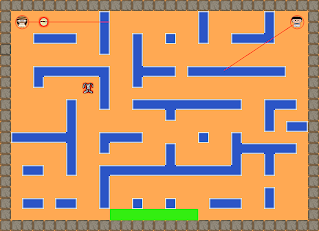 2 Player Cooperative Top-Down Action Game.
Work as team to reach the exit and evade the monster homing in on its head, which you must keep out of its possession. 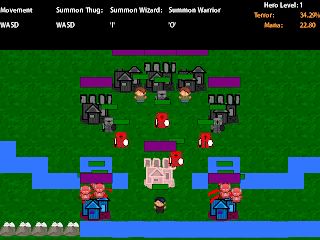 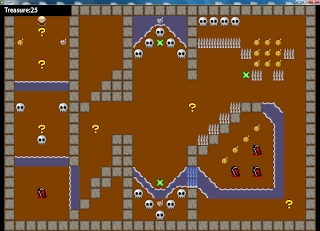 Solo Project, built for the Experimental Gameplay Project of May 2011.